The front was too heavy and it would make like a submarine.   While in submarine mode I could pull about 40 lbs worth.   We then put a rock on the back so the front went up and then it would plane.  Then we were around 20 lbs force on the string.   My son wants to edit the video and we don't have pictures of the action.   The dock had a boat in the middle so we were running up and down the beach.  Sand flies were bothering the boys so experiments were cut short.   We will try again.

Next time we should bring GPS to get an idea of how fast were are going.

Also more than one camera could be good.  One doing stills and one doing video.

Even with some coconuts it is still nose heavy: 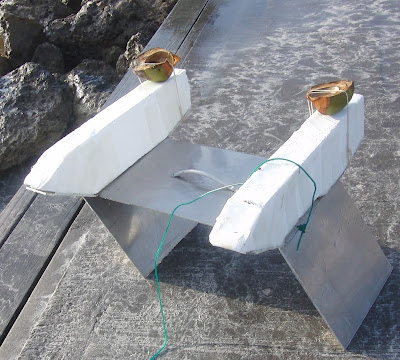 But still a bit nose heavy: 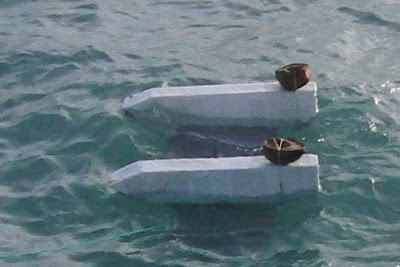 Then added some rocks and it was reasonable: 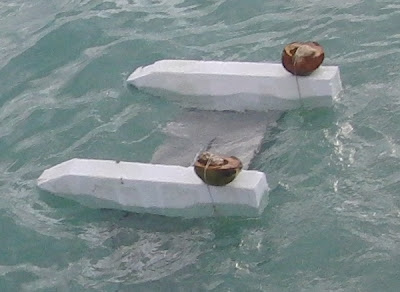 Starting to move and the angle is good: 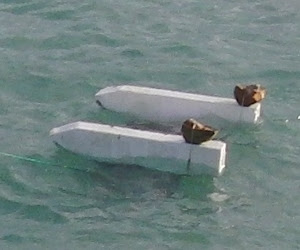 Every wave tank should have palm trees: 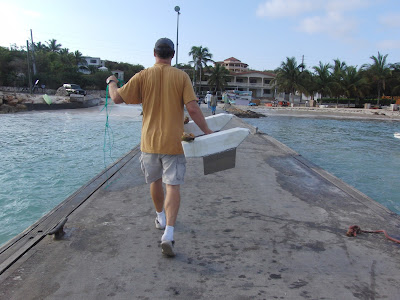