As I was lowering the mast it became clear the spreaders wanted to pass through the solar panels.   This was a problem. 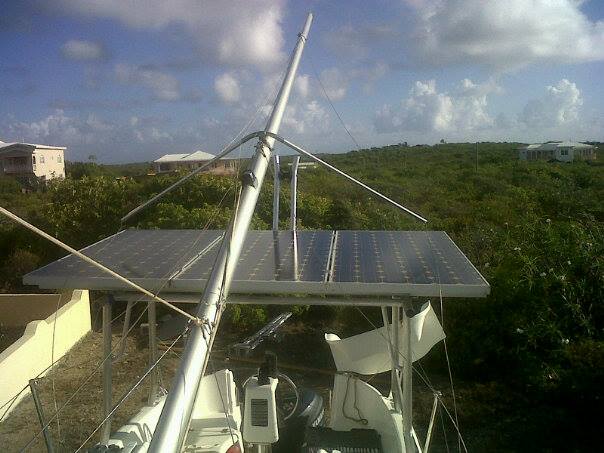 I detached the spreader (one bolt) and lowered some more.  Then the mast was about to hit the solar panels.  So I moved all the solar panels back as far as I could without hitting the mast support.  Then I was able to lower the mast onto the mast support without the mast hitting the panels.  In this picture it looks like I have a good inch to spare, but the mast jack is still lifting on the mast.  After it is removed there was only about a half inch.   That is cutting it close. 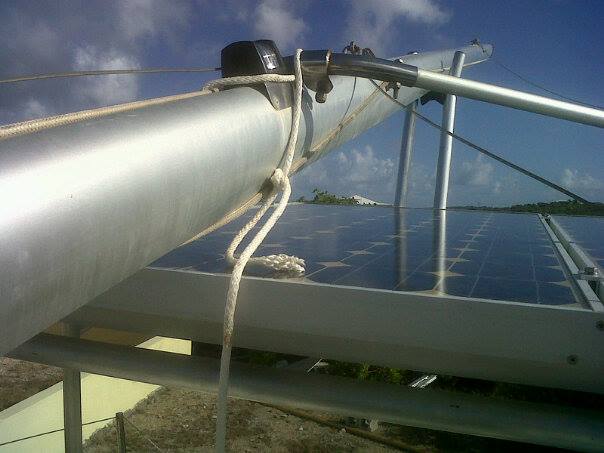 Then moved the mast forward onto its stand and reattached the spreader.    This means I will always have to undo the bolt for the spreader, but this is not too bad.   It could have been worse. 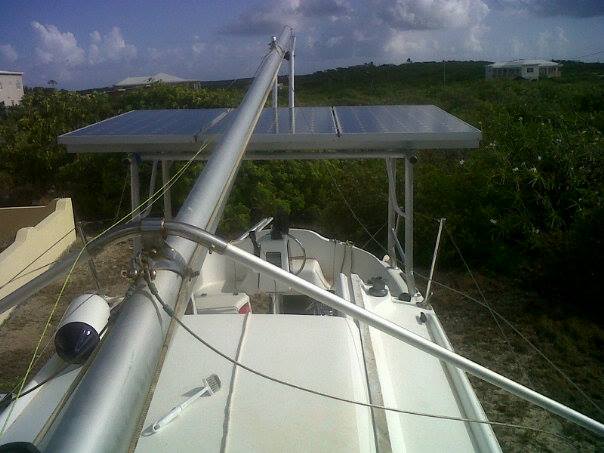 Posted by Vincent Cate at 5:35 AM No comments:

One of the drawbacks of living in paradise is that shipping big things here can take a month or more.  So getting the right aluminum takes a long time.  Then when the welder needs more Argon gas, that takes a long time.   So living in paraside requires a certain amount of patience.  But I think it is worth it.  We now have the solar panels mounted on the boat.  Next we have to wire up the panels and the batteries. 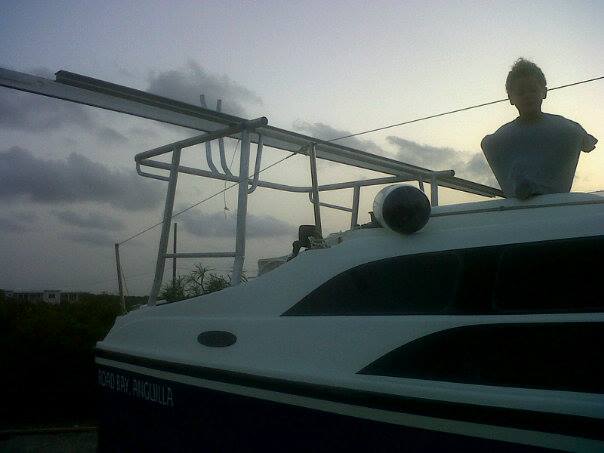 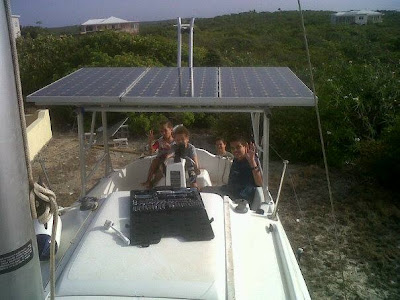 Posted by Vincent Cate at 5:50 AM No comments: